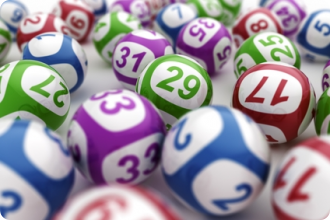 Many of my friends asked me how I pick my lottery numbers, and the answer is never a simple one. The reason is that your method of choosing the numbers needs to fit your personality. I know this sounds a little speculative, and any mathematician will bring the statistics in discussion. And to be honest, I think they are right to bring up the statistics, and I will explain in a bit why, but not everything in this world fits the statistics, the miracle factor happens everyday in some corner of the world.

The Miracle Factor when Playing the Lottery

If I were to consider cold mathematical facts when playing the lottery, I wouldn't play ever. Then the choice of numbers is totally aleatory, according to statistics, you can choose any numbers, the chances are the same. That is if we consider the drawing machines perfect mechanically, which is still debated by many.

My personal approach to problems is scientific. The evidence though shows that our science cannot explain everything yet. There are many things that are classified as miracles, just because the science can't explain them. This is the case with certain lottery players, they win to lotto consistently, and some make a living of it. They don't win the jackpot, so they are not in the spotlight, but they win very often, and consistently. This ensures them a constant stream of money. These people have what I call "The Miracle Factor", they can do inexplicable things such as to predict the lottery numbers. They don't know how they do it, they just do it.

Some people dream their numbers. They play those numbers and win. Not every play is a jackpot winner, but most are consistent wins. I also know someone who just knew he had to play a set of numbers. And he won the jackpot.

Are you one of the people who can predict numbers? If so, we would like to hear from you.

The method of choosing lucky numbers is one of the most common methods used. It is based on the conviction that some numbers are auspicious to us. The Chinese think that the number 8 brings fortune. Many Westerners think that number 13 is a lucky number, and many think that is a bad number. There are also many that believe in the powers of number 7. Well, if you choose your lucky numbers based on a general belief, you'll use the same numbers as many other people.

Your lucky numbers are only lucky for you, and there is a big chance that nobody else has those numbers as their auspicious numbers. These numbers are calculated using a method from Kabbalah, and they are based on your name and date of birth. Use our Lucky Lottery Numbers Generator to get your own set of lucky numbers. 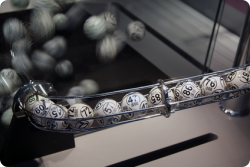 Randomly picking numbers is not that easy as you think. Us, the humans, always give a meaning to our "random numbers". So after you write down those random numbers, ask yourself how many have a meaning to you: your date of birth, a year that was very auspicious to you, or your dog's age. So it is almost impossible to think at numbers without putting your conscious into it. The real random numbers are chosen blindly, you pick them from a hat, or you generate them with a computer. Some of you might think "Oh, I can chose random numbers, I don't need a computer to do it for me." Trust me, you can't. And to make you job even easier, I created this random lottery numbers generator. You can use it for any lottery in the world, you just have to select the right combination between the main numbers and the extra numbers.

Do randomly generated numbers have better chances to win? According to statistics yes. So just use our script to generate as many number sets as you wish.